They are known to have supplied checks, tokens and sew-on type metallic badges to  local collieries and miner’s associations in addition to making other types of works checks plus public house and traders discount tokens.

The company was established in 1862. By the mid-1930s they operated from premises located at 60 Pilgrim Street (on the corner with High Bridge Street), Newcastle. The company is known to have operated from at least two other addresses over their history including 30/44, Side, Newcastle. By 1959 they had moved along Pilgrim Street to new premises on the corner with Mosley Street. 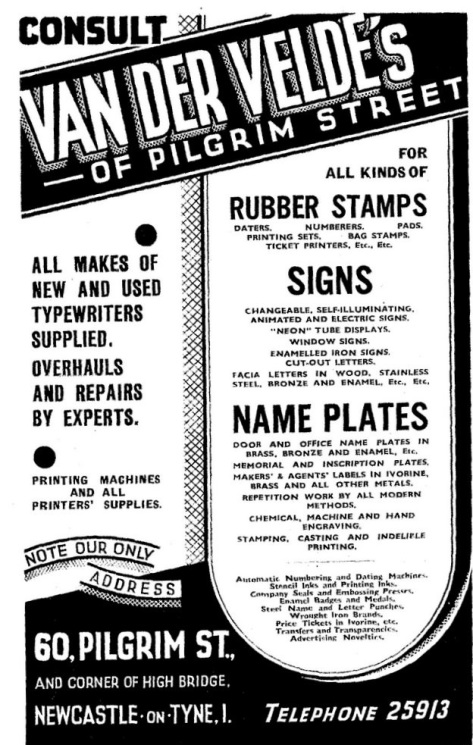 An trade advertisement for Van Der Velde & Company of Newcastle indicating the range of their products and services.