A map of Nobel’s Explosives Works at Cligga Head. 1906

In 1889 the British and Colonial Explosives Company Limited acquired a 110 acre coastal strip of land at Cligga Head to the west of Perranporth. Here they constructed an explosives factory and in 1891 they were subsequently granted a licence to manufacture of explosives and commenced production of dynamite in the same year.

The work’s site comprised the surface works of the disused Perran St. George Copper Mine. In many ways it was a site ideally suited to the manufacture nitroglycerine based explosives. The factory occupied an open site facing the sea on sloping terrain. This allowed the plant layout of the factory to be optimized via the use of gravity flow of its intermediate liquid products between successive processing stages. This illuminated the need to pump the products which brought with it higher safety risks due to the increased potential for the highly volatile liquids to be ignited from possible sparks generated from the pumps’ electrical motors. The crest of the hill to the south also protected its inland neighbours from any shock waves in the event of an explosion. As originally laid out the factory consisted of 14 stone buildings and 20 timber structures, the total number of structures however, increased to around 60 by 1900.

In 1893, due to a general fall in demand for their products, the British & Colonial Explosives Company Limited was forced to sell their works to Nobel Explosives Company Limited. Under its new owner production continued on the site. In addition to the work’s original target product, i.e. dynamite for both the local mining industry and for export markets, by the turn of the century it had also started to manufacture other nitroglycerine based explosives including blasting gelatin and gelignite. Despite this the fortunes of the factory were short lived. A slump in the explosives market in 1905 caused it to be placed on a “care and maintenance” regime and explosives manufacture ceased on the site although Nobel’s continued to use part of the works to store cordite produced at their other factories. 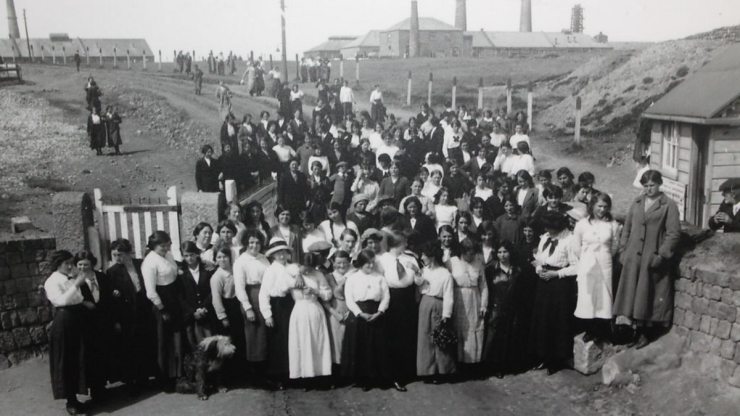 Filling Factory Workers believed to be pictured at the entrance to Nobel’s Explosive Works at Cligga Head, c.1915

Due to the huge demand for munitions at the start of the Great War the factory was reactivated by Nobel’s in 1915. However, it was no-longer used to manufacture explosives but to act as a Filling Factory to assemble grenades, shells and gaines. During this period the site’s workforce numbered approximately 1000 which was made up by both local men and women.

For more on the site’s history during the Great War click on the “Gramophone” image below where a web link will taken the reader to an oral history recording about the works which is part of the BBC Radio’s “World War I at Home” Series.

With the collapse of the British munitions market after the war the site was closed and the plant sold for scrap metal in 1920.

In the 1930s the site once again was used for mining and mineral processing activities. However, rather than for the extraction of copper ore, as before, the new mining venture focused on the extraction and concentration of Wolframite (i.e. tungsten bearing ore). In World War II part of the site was used as an airfield.

Today the site still contains buildings and some ruinous structures belonging to the former buildings from the original explosives site along with earth work remains of the protective blast bunds (or “traverses”) that surrounded many of the former nitroglycerine production huts and buildings that were spread across the site.

The following YouTube presentation gives an excellent idea of what remains of the original explosives works site plus the later mining operations of the 1930s. 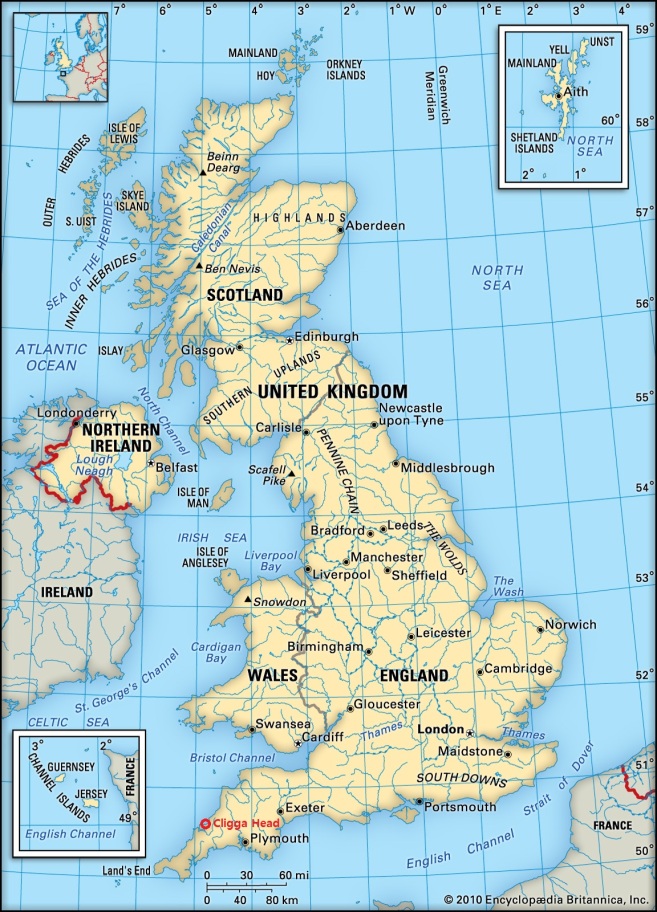 Design: Uniface with a plain edge and pierced for suspension

Obverse: Raised legend around outer edge reads THE BRITISH & COLONIAL EXPLOSIVES COY LTD within an outer dotted border. Raised dashed line across centre field above which is the incuse stamped identification number 70  and below an ornamental motif.